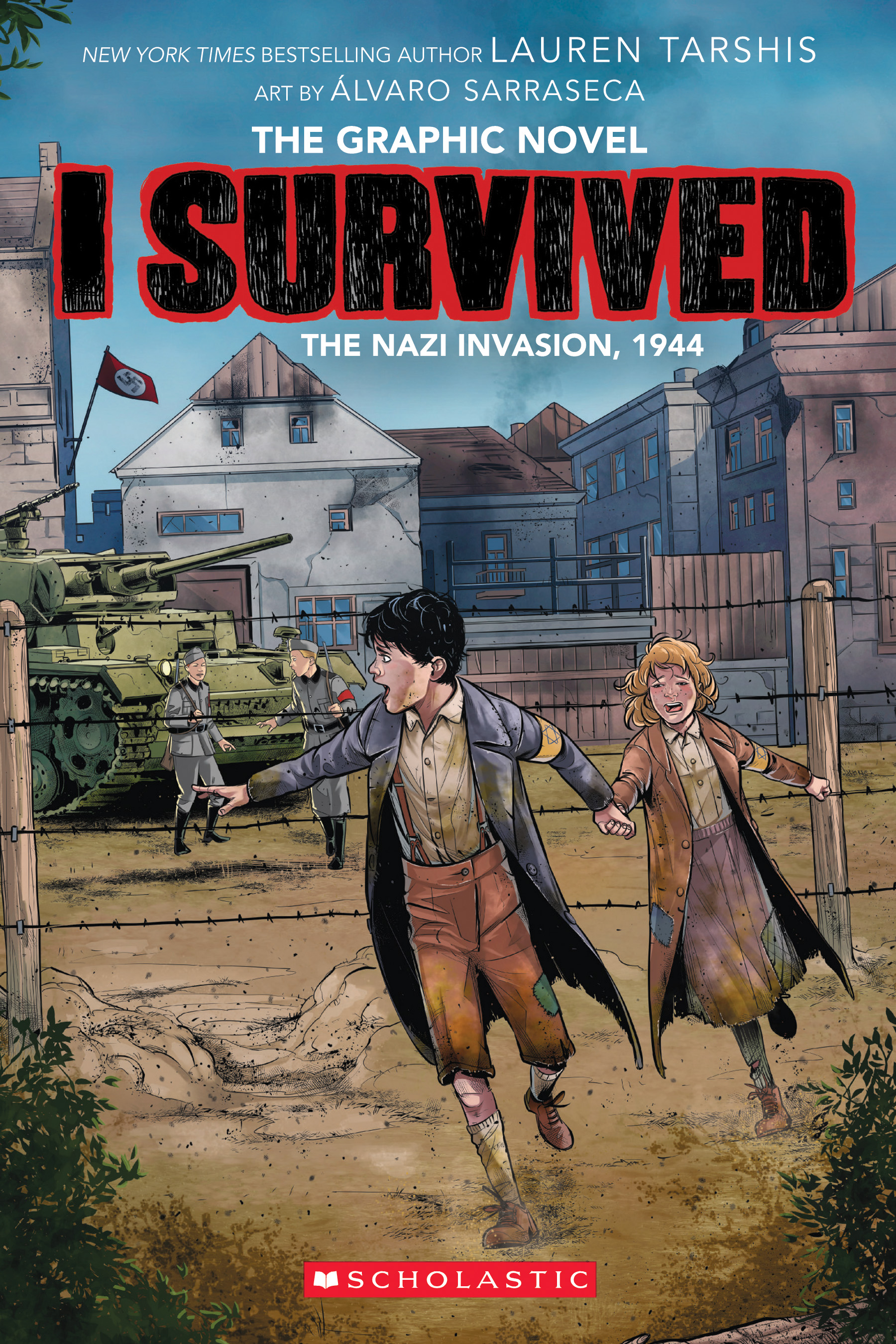 I Survived the Nazi Invasion, 1944 (I Survived Graphic Novel #3): A Graphix Book

It's been years since the Nazis invaded Max Rosen's home country of Poland. All the Jewish people, including Max's fam­ily, have been forced to live in a ghetto. At least Max and his sister, Zena, had Papa with them . . . until two months ago, when the Nazis took him away. Now Max and Zena are on their own. One day, with barely enough food to survive, the siblings make a dar­ing escape from Nazi soldiers into the nearby forest. They are found by Jewish resistance fighters, who take them to a safe camp. But soon, grenades are falling all around them. Can Max and Zena survive the fallout of the Nazi invasion? With art by âAlvaro Sarraseca and text adapted by Georgia Ball, Lauren Tarshis's New York Times bestselling I Survived series takes on vivid new life in this explosive graphic novel edition. Includes nonfiction back matter with historical photos and facts about World War II and the Holocaust. Perfect for readers who prefer the graphic novel format, or for existing fans of the I Survived chapter book series, I Survived graphic novels combine historical facts with high-action storytelling that's sure to keep any reader turning the pages.

Tell us what you thought about I Survived the Nazi Invasion, 1944 (I Survived Graphic Novel #3): A Graphix Book

Be the first to add a comment or review for I Survived the Nazi Invasion, 1944 (I Survived Graphic Novel #3): A Graphix Book