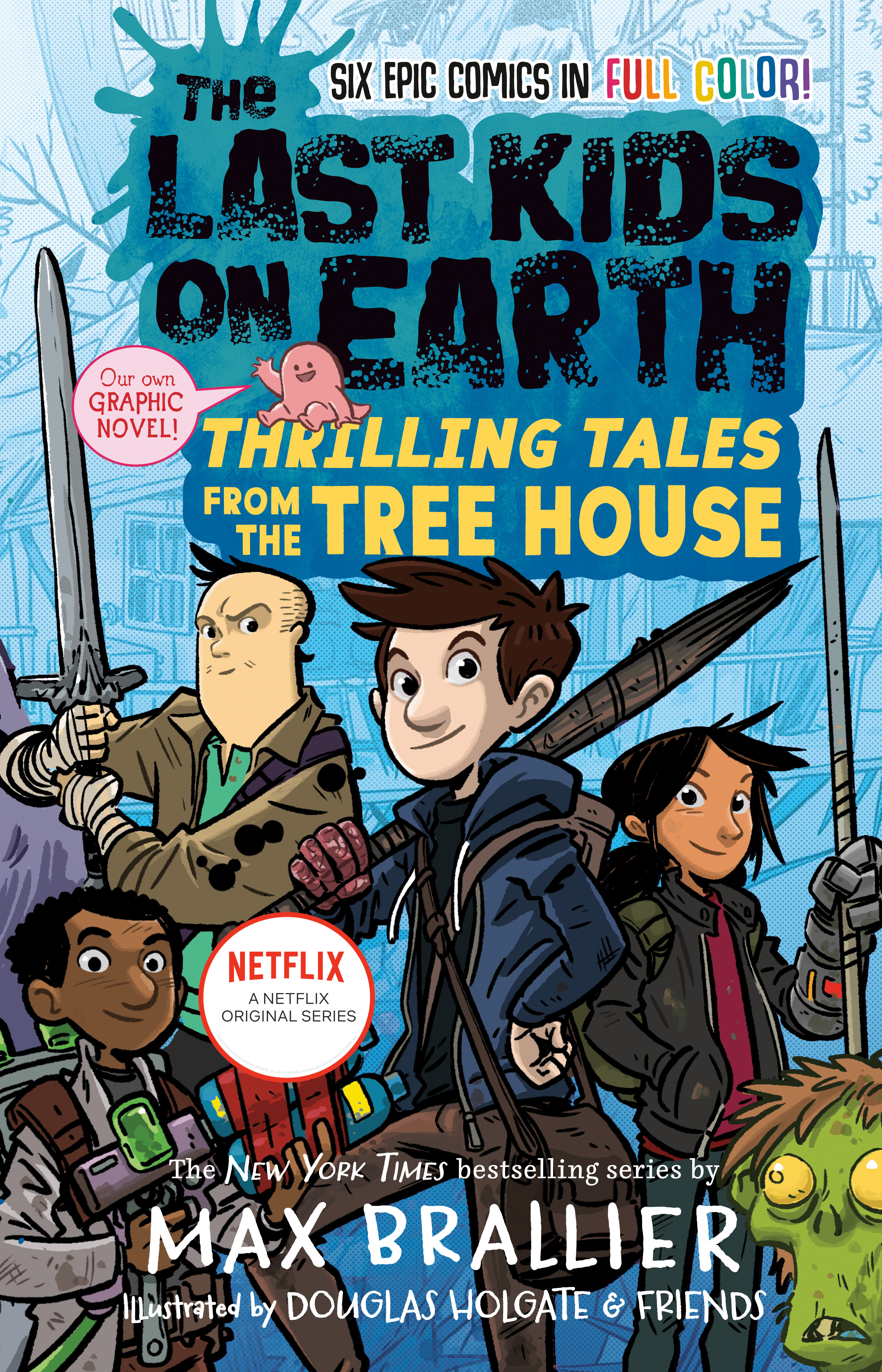 The Last Kids on Earth: Thrilling Tales from the Tree House

The first ever graphic novel in the New York Times bestselling The Last Kids on Earth series--now with over 5 million copies in print! A Netflix Original series Includes SIX brand new Last Kids short stories by Max Brallier, featuring full-color art by Anoosha Syed, Xavier Bonet, Lorena Alvarez, Jay Cooper, Christopher Mitten and The Last Kids on Earth series illustrator Douglas Holgate! The kids and their monster buddies are hanging out in the tree house, when Jack launches into an epic, totally-heroic, super rad story of one of his many post-apocalyptic adventures. Of course, after he's finished, everyone's eager to one-up his tale with a story of their own. Soon, Quint, Dirk, June and Skaelka, and even Globlet regale the group with sometimes outrageous, often hilarious details of their action-packed escapades during the monster-zombie apocalypse. Their stories are capped off by a special double-length feature which will finally reveal the mysterious whereabouts of two villainous villains to prep readers for the 7th book in the series coming Fall 2021!

Tell us what you thought about The Last Kids on Earth: Thrilling Tales from the Tree House

Be the first to add a comment or review for The Last Kids on Earth: Thrilling Tales from the Tree House